The 10 Best Ways to Store Guns to Prevent Rust

As a gun owner, you must store your guns properly to prevent rust. All weapons or guns made of titanium, steel, and aluminum are eaten by rust slowly. Rust occurs when the metal contacts oxygen and water. Rust is very dangerous for your gun as it damages the gun completely. Also, when you fire with a rusted gun, it creates a pressure explosion that affects the gun from inside by friction.

So, you need to store your gun to prevent rust. It is not challenging to take care of guns. You can clean it yourself if your gun gets rust. We have detailed various ways to store guns to prevent rust, so your gun will not get rust by following these methods.

Why Does My Gun keep Rusting?

Rust cause discoloration and pits on the metal surface and eat the firearms metal gradually. The combination of oxygen and moisture on the firearm’s surface process oxidation and create rust on guns.

Here are the best ways to store guns to prevent rust:

1. Use the Right Case to Store Gun

The best firearm case keeps weather conditions and burglars out. A proper gun safe will have padded foam in it. It will protect the gun against rust when locking. The case should be waterproof and dustproof. Some gun cases use adhesive to stick the foam in the safe, which is not good as the adhesive eats the foam slowly and causes rust due to degrading chemical reactions.

Before purchasing a gun case, check the manufacturers to determine whether the glue is used to bond the foam with the case. If so, do not buy it. I recommend the Underwater Kinetics D-Tap 2 Hard Shell Pistol Case and guarantee that the right adhesive and material are used in this gun safe.

Also, do not use a sheep skin-lined gun safe as these are moisture magnets. These cases do not prevent the gun from getting rust but are attractive. Conventional and modern gun cases are the best option.

2. Keep the Gun Case in a Proper Place

Place your gun case in the right area. Keep the gun safe in a room with a temperature of about 70 degrees Fahrenheit and 55% humidity. This temperature is ideal for gun cases and firearms to protect the gun from rust. Also, metal can contract or expand due to changes in humidity that cause it to break.

Oil is the best way to protect the gun from rust. We all know that water and oil cannot merge. So, oil covers the metal parts, and the gun surface will be safe from moisture. Oil is excellent corrosion protection and lubricant. Thus, it is beneficial if you apply it to your gun.

4. Use a Dehumidifier and Vacuum Seal Bags

The moisture level is controlled by using a dehumidifier. The NRA museum stores historical guns at a 55% humidity level. So, you can adjust the optimal level to 55%-57%.

Vacuum sealing your gun is best if you live in a humid area. It will keep the oxygen and water vapor away from the gun. If there is no oxygen, your gun will be safe from rust.

6. Do not take out your Gun in Bad Weather

Also, you can use an extremely absorbent cloth and wrap your gun in it to keep your gun dry as possible. Store your firearm in a quality case to prevent rust.

7. Use Cosmoline and Silica Gel

A jelly-like material that interdicts rust for a long time in guns is known as Cosmoline. It resembles a thick jam at room temperature but becomes liquid after heating. Coat your gun with Cosmoline to prevent rust for a long period. Be sure there is no drop of Cosmoline on any nook and cranny of the gun when you take out your gun from the case. It is an annoying method.

The older ammunition has potassium chlorate that breaks down the ammunition in salt. The moisture in the ammunition can cause rust on the gun rapidly through an oxidation process. Modern ammo is best for your gun from military surplus. Also, clean your firearm properly after each session if you use corrosive ammo.

If you do not know the humidity temperature near or in your firearm case, you can use a climate control system. Keep the humidity level at 55% to prevent rust.

When you pull your gun out of the box, the gun’s temperature is cold and, combined with the warm temperature, moisture the gun and causes rust. So, keep a silica desiccant pack in the gun case to prevent humidity.

Want to learn More Read Our these Guides

What are the Causes of Rust on the Gun?

Some different causes of rust on the gun are as follows:

Humidity is not a big problem if you live in a dry area. The oxidation process will slow down on guns if you keep them away from humid places. Also, the guns will be safe from rust. High humidity also causes metal to crack.

Water is the most common cause of rust. If you do not clean your gun properly, you are inviting rust on your firearm. Also, using your gun in cold weather can cause condensation and rust.

Is it possible to Remove Rust from my Gun?

Yes, it is possible to remove rust from the gun. If there are spots of rust on your gun, you can remove them using steel wool and oil. Also, follow this process:

How can I prevent my Firearms from Rusting?

Is it necessary to Clean my Gun Immediately after Use?

Can a Gun Case in my Garage Protect my Gun from Rust?

If your garage is in a high humidity area, unheated, and you do not have a dehumidifier or desiccant in your garage, your gun will get a severe gust and stop working. It is just like putting ice on a moisture surface.

Yes. If a new gun is still stored in its packaging, it can rust. Also, lubricate and preserve the gun properly to prevent rust.

Is oil Effective in Preventing Rust?

Yes, oil effectively prevents rust on firearms, guns, and rifles. It protects the metal from damage and rust.

Guns are very precious for any person who love them. These are made of metal that is vulnerable to rust. So, it is common for guns to get corrosion. If you save your guns properly, oil them, keep them tidy, and preserve them in dry or cold weather, these are safe from rust. Also, investing in a good gun safe is important.

I hope this article helps you and increases your information about storing guns to prevent rust. Please share it with your friends so that they have an idea to keep their guns safe. Thank you so much for reading! 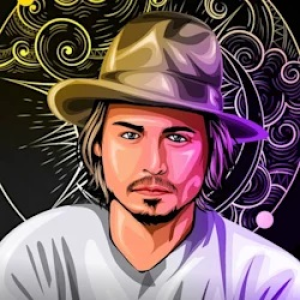 Joseph is the founder and chief editor of Combinationpadlock.net. For the last decade and a half, Our mission is to provide you with the best information on the market pertaining to all things in the world of security. We work hard to bring you the most in-depth reviews so you make a buying decision you can be happy with. Our Editorial staff has experience with all types of safes, locks, and everything else security-related. We hope that our site gives you a little bit more information on how to make your next purchase an excellent one.